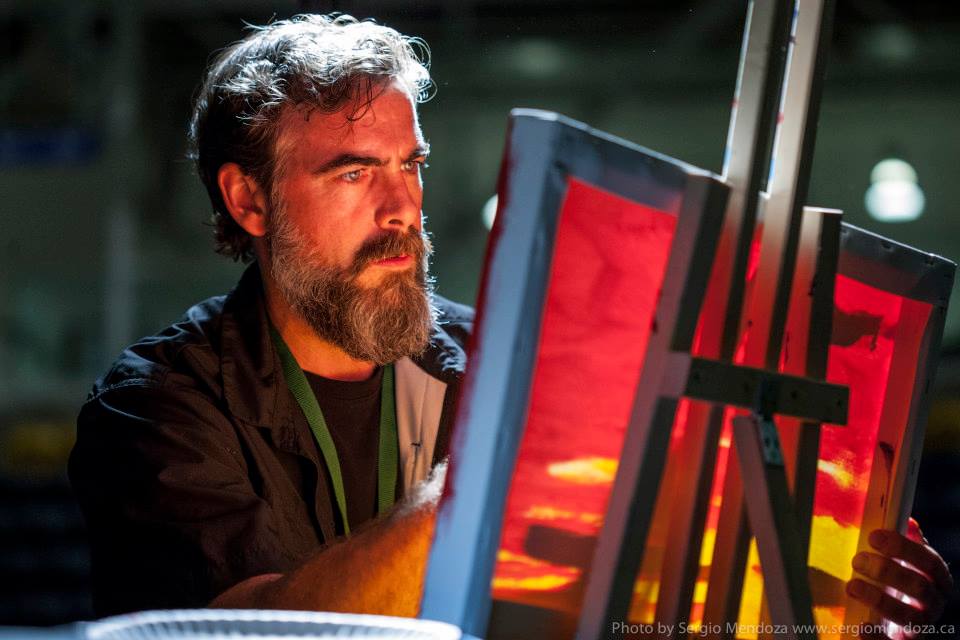 Paul Nabuurs is a full-time professional artist based in Peterborough County. Paul is well known for creating striking works with a bold colour palette that are at once filled with vibrating energy and nostalgia. His paintings capture the interaction of light with the colours and patterns in an ever-changing environment. Inspired by a mix of landscapes and city scenes, his works are alive with a fresh and inspiring take on Canadian identity. Paul’s technique draws a viewer’s attention inside the painting and allows a moment in time, to be appreciated and absorbed. After attending O.C.A.D, art took a back seat to family and other ventures for a period until Paul could focus full time on his practice again. This allowed him to hone a strong personal style which has resulted in an ever-growing clientele/audience. Paul has shown his work through many solo and group shows, accepts commissions and has taught at various art schools and private workshops. Paul and his wife have recently moved to a new home and studio in one. It is a recently renovated church building just north of Peterborough.

(Toggle to open or close)

2016 “Above Water – Paintings by Paul Nabuurs “ – Southampton Arts Centre, Southampton ON.
2015 “Here to There “ – Impresario Art Gallery, Cobourg ON.
2013 “Recent Work of Paul Nabuurs” – The Patrick House Gallery, Aurora ON.

“I never know when I will come across a scene that perks my interest. It can just as easily be walking down a city street and turning to see the light hitting a wall or bridge in a special way as it can be walking down a trail in Algonquin Park and happening upon a small pond reflecting a sunset.”

My art practice is in constant flux. I instinctually have a predication towards bright full chroma colours and strong energetic compositions. These are a constant however the technique, the brush strokes, experimentation of transparent and opaque layers, the push and pull of hard and soft edges, the relationship of complimentary colours are always being examined to better convey the spirit of whatever it is I’m trying to capture.

My work has found a new injection of energy with my wife and I’s recent purchase of a newly renovated Church just outside Warsaw in Peterborough County. The space has provided me a new and much larger studio and allows me the opportunity for a small gallery area as part of the residence. Moving to the country had always been a dream of ours so finding inspiration is never a problem now. This new location allows me to examine and study the natural world in an even deeper and more nuanced way. I am excited to see where this will take my work moving forward. Remaining open to the changes and new revelations as well as working on getting out of my own way will be top of mind as I continue the practice of creating art. My goal is to bring a taste of my sense of joy and passion I see in the world around us to the viewers of my work, for a moment or perhaps even a lifetime. 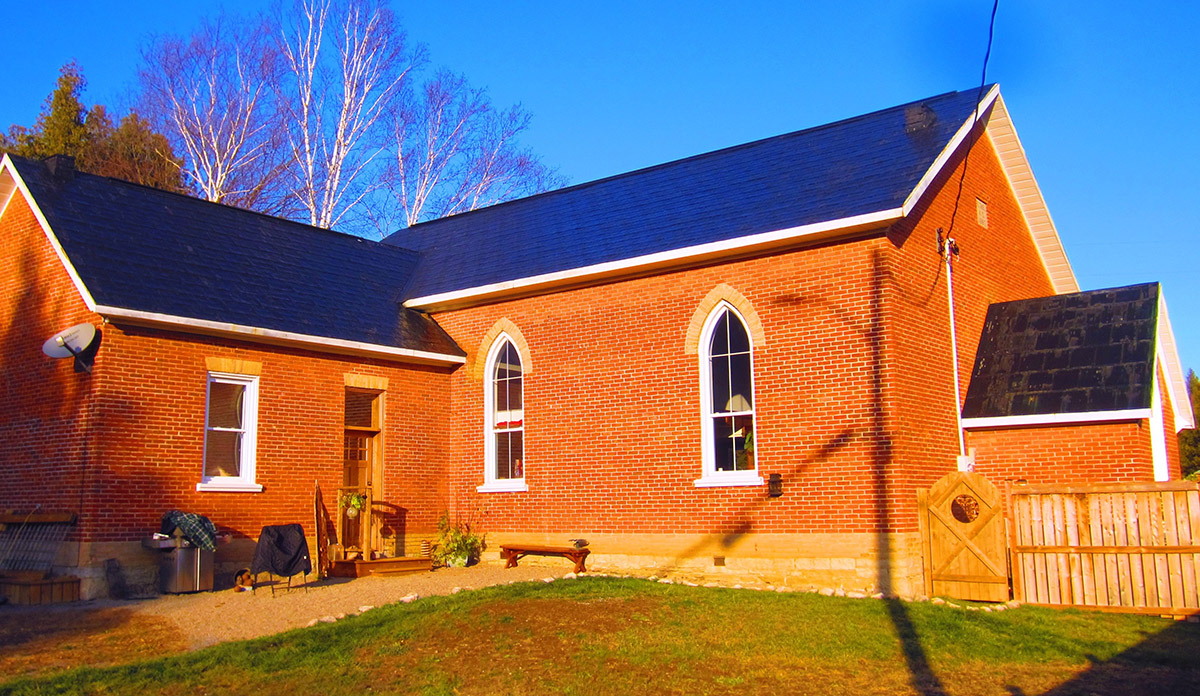 The new home of NabuursArt. 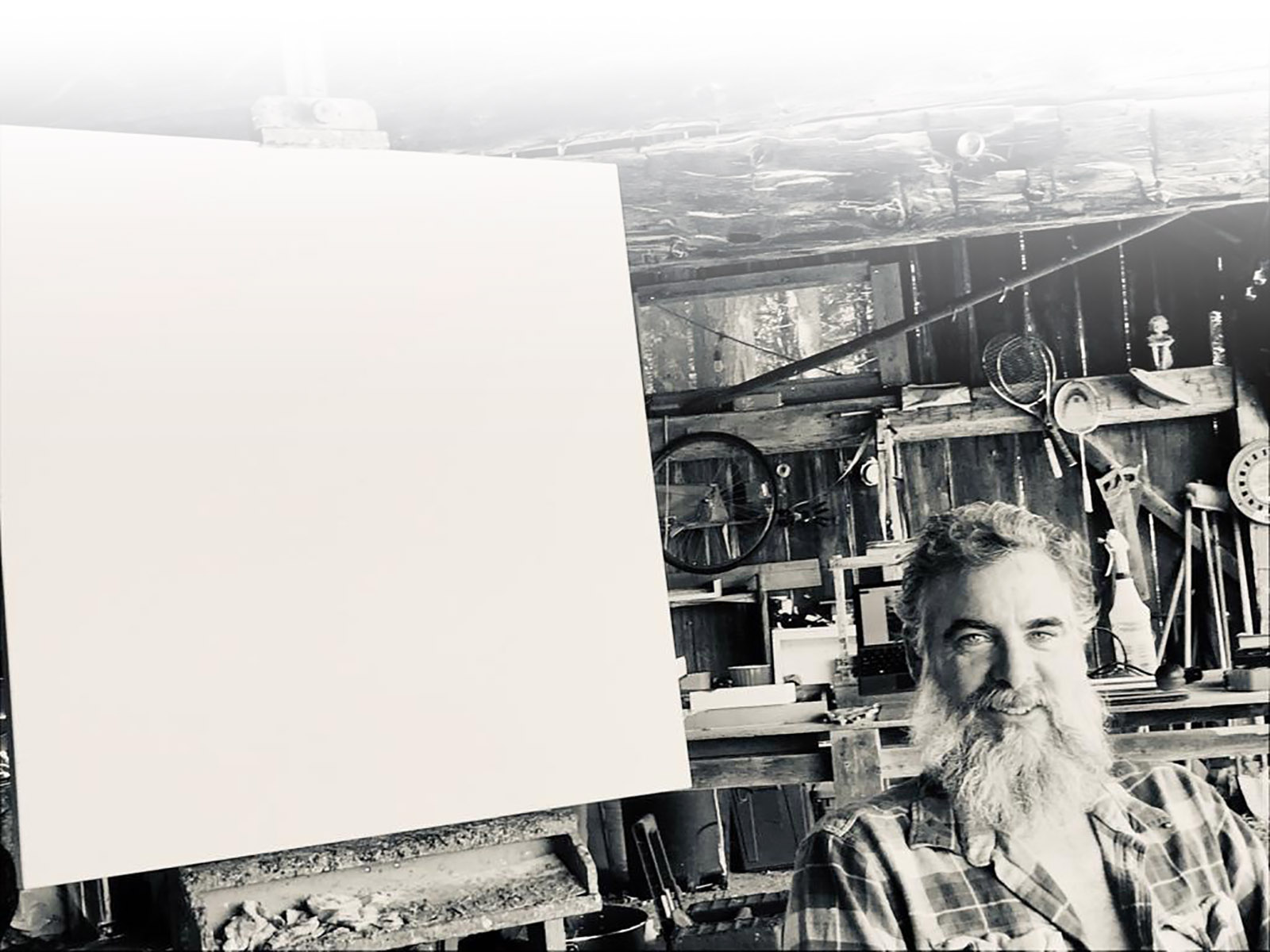